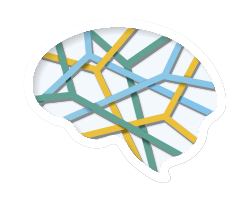 10 reasons to join us

A tropical European island, connected to the wider world...

A small volcanic island that basks in the sunshine in the middle of the Indian Ocean, Reunion is the most far flung part of the European Union, at 10,000km from the old continent. Shaped over several centuries by the influx of successive populations (Europe, Africa, Asia, etc.), Reunion is a cultural melting pot.

A dynamic and diverse economy

Business creation, innovation capacities, flourishing sectors, areas of skill and excellence, etc.; the Reunion economy is on the up.

A developed and active economy

The Reunion economic scene is comparable to that of a developed country, in terms of legislation, business practice, productivity, technology, etc.

A higher level of growth than mainland France.

Between the 1970s and 2008 the Reunion economy grew at a rate of around 5%, riding the wave of high local-production development, thus reducing the volume of imports.

In spite of the deteriorating global situation (and notably its effect on employment), growth remains superior to that in mainland France: 1.2% in 2011 and 0.7% in 2012 with a GDP of over 16 billion euros. It is supported by a resumption of investment and consumption, a fall in inflation contributing to an improvement in the purchasing power of households since 2012 (National Institute for Statistics and Economic Studies (INSEE) Reunion economic table 2014).

Reunion sets the example when it comes to breaking into new domains considered as strategic for its development and potentially that of the country as a whole.

In the European Commission's mind, EU recovery will be achieved through the improvement of regional economic potential using a strategy of identification and utilisation of region-specific competitive advantages: "smart specialisation," known as S3

S3 is defined as a "selection process" which aims to "prioritise and concentrate resources on a limited number of areas of activity and technological sectors where a given region has a comparative advantage on a global level and is likely to generate new innovative activity giving the region a commercial advantage, in the medium terms, in the global economy." It is clear that S3 cannot be resumed in one single research and innovation strategy, but amounts to much more: according to the Commission it is a "territorial economic transformation program."

The Reunion Region strategy is based on three structuring areas capable of supporting the Island's transition to an environmentally knowledgeable, competitive and inclusive economy: